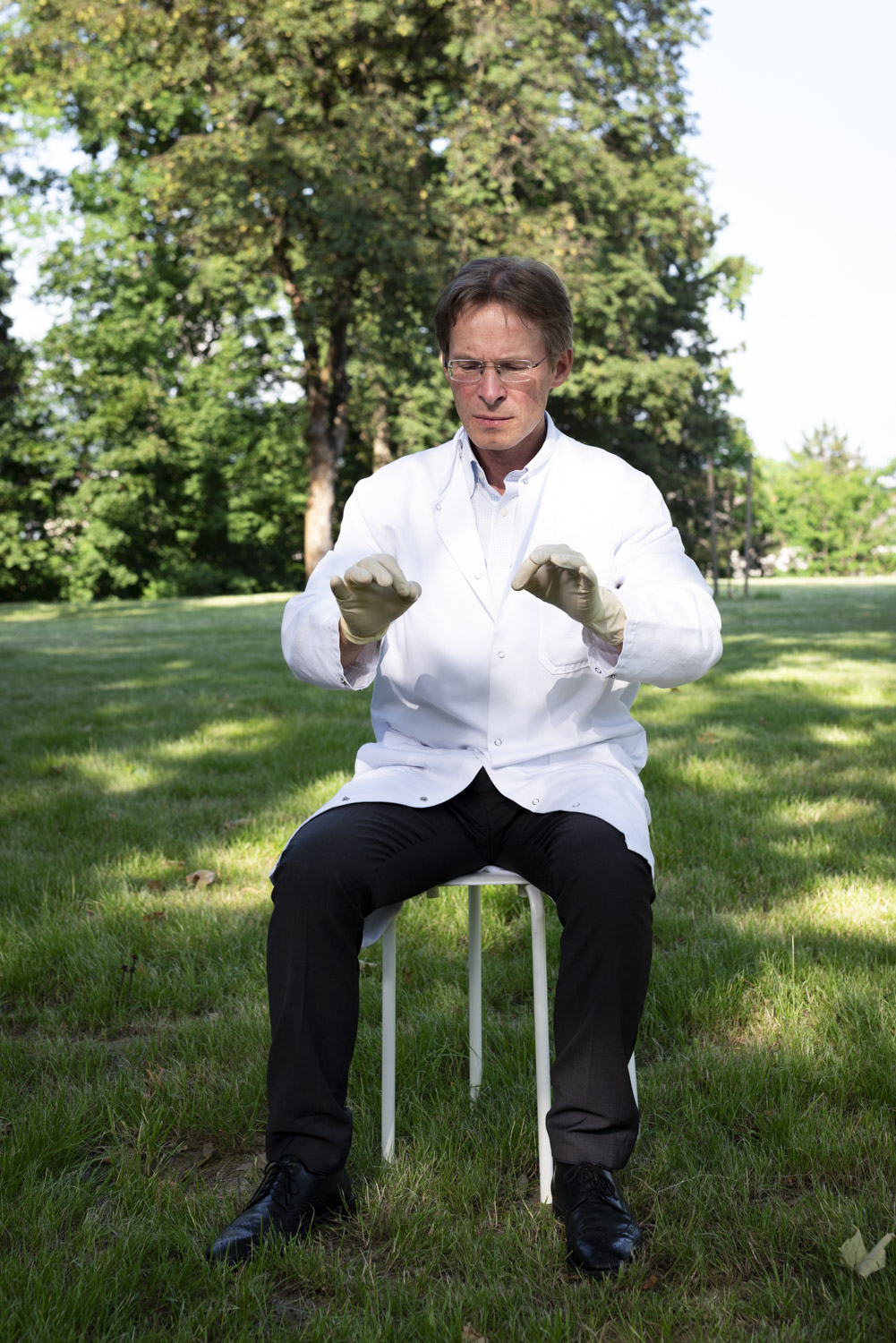 Andreas Gruber likes "boring" operations. "When it gets exciting, it means you have to be daring as a surgeon. This always involves a risk as well." Gruber is head of the Department of Neurosurgery at Kepler University Hospital and professor of neurosurgery at the Johannes Kepler University Medical School in Linz. "Proper planning, on the other hand, minimizes uncertainty and thus potential risks," he explains. "It is crucial." One of the great revolutionary changes of our time makes it easier for him: 3D technology. "3D models today give us very accurate insights into a patient's specific anatomy." After all, he says, every brain is different. Surgeons also need to be able to deal with congenital anomalies. Those that perhaps only one in a thousand people have.

Brigitte Bolech is one such person. The life of the Carinthian woman, who lives in Eisenstadt, unexpectedly changed after an MRI examination. "They discovered such a large and complex aneurysm in my brain that they immediately put me in intensive care," the 63-year-old says. "I was deeply shocked." Within six weeks, she was scheduled to have surgery. "The idea of having my head opened up was totally scary to me."

Nevertheless, she wasted no time. Supported by her daughter, she searched for a specialist, researched and informed herself. She even watched the video of a comparable operation. "I probably want to know everything so precisely because I work in the health sector," says the president of a non-university research institution that uses measurements of changes in the heartbeat sequence to study the effects of physical and psychological influences on the nervous system. "So I had no illusions, but a conversation with Professor Gruber gave me confidence. When I finally had the operation in Linz, I was calm."

A little more than two years have passed since the operation. "Ever since then, I wake up every day with an overwhelming feeling of gratitude," Bolech describes. "I can hardly express how tremendous this experience was and the respect I have for the performance of this surgeon and his team." She was able to leave the hospital after 14 days, with no damage remaining. Ultimately, the accidental finding was a lucky one. 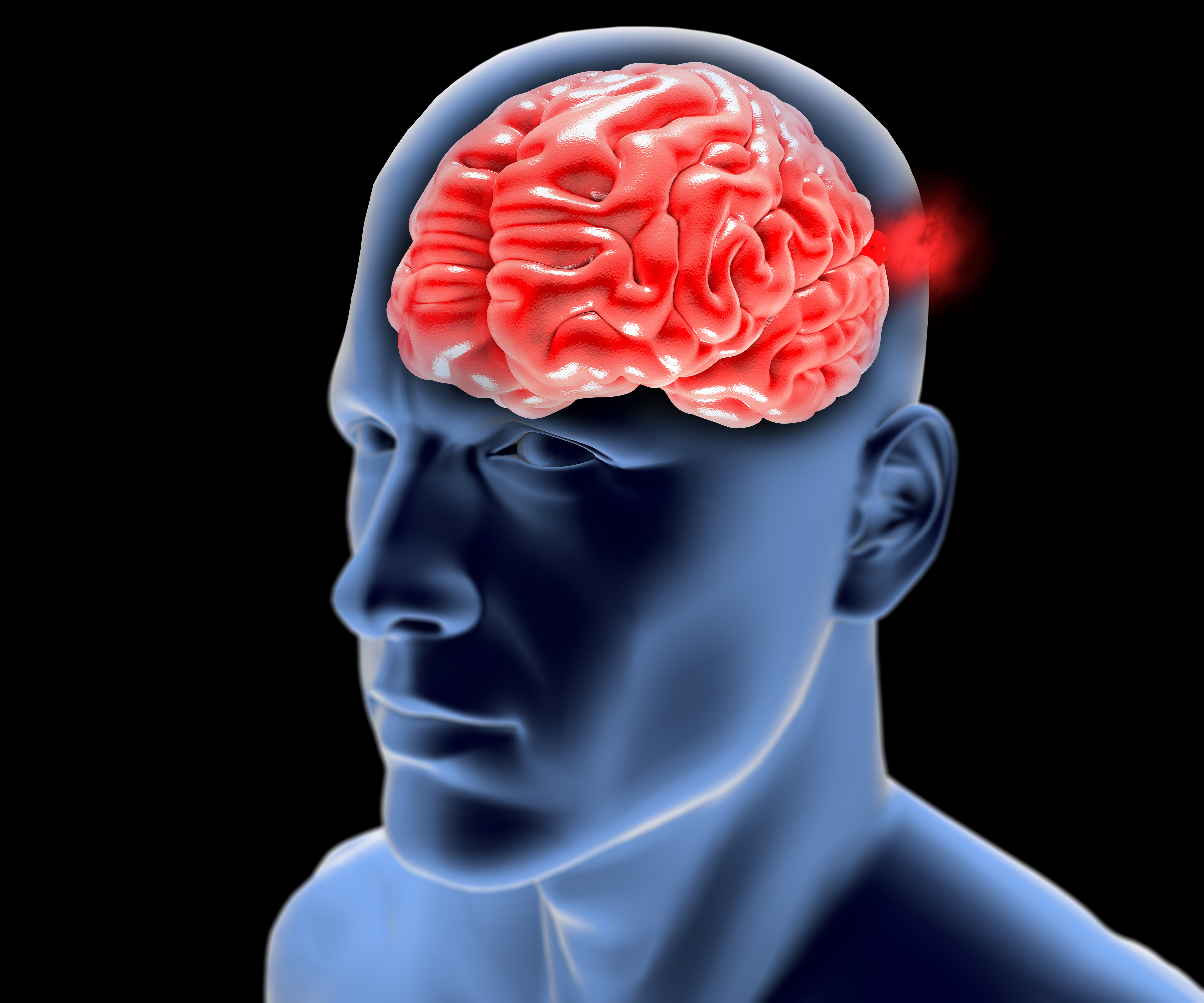 An aneurysm is a pathological bulge in a vessel wall; if it bursts, 50 percent of those affected die before the doctor arrives. "Of the other half, one-third usually die in the hospital, another third survive with disabilities, and one-third recover," Professor Gruber explains. "In comparison, the complication rate for planned surgery is about one percent per millimeter of aneurysm."

Nevertheless, Brigitte Bolech's procedure was highly complicated. The fact that it didn't fall into the "exciting" category for Gruber was due to the fact that, based on her 3D data, he knew one-to-one what the atypical conditions that he would encounter would look like. And on top of that, "Our software made it possible for me to rehearse this operation in advance down to the last detail, just like in a flight simulator: on a three-dimensional model that can be rotated in space; exactly how you will actually experience it during the actual surgery. This makes it possible to determine the individual surgical approach, which is all about millimeters, with extraordinary precision."

With the innovations that will come from this - in the future, for example, the linking with 3D-printed tissue parts and virtually generated 3D representations - things are moving forward with seven-league boots, says Gruber. Additional haptic feedback from the computer is also intended to increase the closeness to reality. With 3D glasses in front of the eyes and real instruments in the hands, it will feel just like the real operation.

All these features offer an increasingly better case-specific preparation for the specialist, but also training options for aspiring surgeons. And there's another advantage: "Complex aneurysms are closed with a clip. Through such a simulation, the right shape can be found in advance in the abundance of variations." Twenty years ago, Ms. Bolech's procedure might have had a 15 percent success rate; today, it's a good 95 percent, he says, illustrating the progress.

"Many people want gentler surgical procedures and are responding to that," Andreas Zierer also reports. Like his colleague Gruber, as a research surgeon and professor at the JKU Medical Faculty, he is constantly involved in introducing new developments into practice. Zierer is head of the Department of Cardiovascular and Thoracic Surgery at Kepler University Hospital.

He often wears 3D glasses in the operating room. "You need them for minimally invasive procedures, and those are the big thing in modern heart surgery nowadays." During these procedures, he inserts a tiny 3D video camera into the patient's chest through small incisions. While he gently works inside the heart with long instruments, he looks at a screen. There, he sees the surgical area inside the body not only pin-sharp, but also greatly magnified. So he doesn't miss even the smallest structure. "At first, of course, it's an adjustment for surgeons to have their hands somewhere other than where they're looking," he says. "But you learn how to do it, and the benefits are huge." And a lot is happening in this field: heart valve operations, for example, have not been possible in this way for so long, he says. Now, he says, the minimally invasive technique is already being used on the mitral valve. It is one of the four heart valves and is considered the "inlet valve" between the left atrium and the left ventricle. "And they start with the aortic valve as well." The aortic valve is colloquially referred to as the "exit valve" from the left ventricle to the aorta. The fact that such an operation can be performed without a heart-lung machine, i.e. on a beating heart, makes it much gentler, Zierer adds.

Two years ago, he even performed minimally invasive surgery on two heart valves simultaneously for the first time at Klinikum Wels-Grieskirchen. "We were the first in the world to describe this," says the surgeon, highlighting the pioneering role of Upper Austria as a research location. He also sees 3D printing as a bridge to the future for his specialty. The basis is three-dimensional image calculation, for example of data received from computer tomography (CT). This plays a role, for example, in so-called aortic stents. These are vascular prostheses that are inserted in the event of aneurysms, ruptures or constrictions of the aorta and thus seal off the affected area.

"In complicated cases, you even have to replace the entire coronary artery from the top to the outlets into the abdominal cavity," Zierer said. "With the three-dimensional CT data, you can prefabricate it in a 3D printer so that it has the right vascular branches in exactly the right place and the right size. That's a real innovation." Tangible true-to-life models from the 3D printer are a great help in surgery planning, he says, because it means you can practically hold the problematic area in your hands and study it from all sides. At 45 years old, he is not yet as old as the hills, Zierer smiles. "But: when I started my career, cardiac surgery was a completely different world. A lot of things that are routine today didn't even exist back then."

The author of this article, Uschi Sorz, is a freelance journalist in Vienna. She writes regularly for the "Knowledge & Innovation" section of the daily newspaper "Die Presse" and for the science magazine "Heureka" of the "Falter" newspaper.

We use cookies to ensure that we give you the best experience on our website. If you continue to use this site, we will assume that you agree to this.  Read more